Should I Stay or Go? 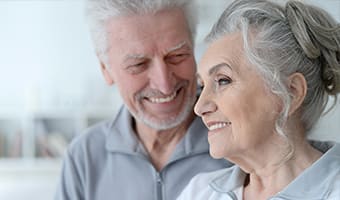 Should a long-standing tradition of time away with friends be cancelled due to your partners failing health?

Through 43 years of marriage, it was a week both James and Louise looked forward to: James because he could reconnect with cherished friends playing a game that he loved, and Louise because it provided a week to spend more uninterrupted time in her quilting room, without feeling like she was neglecting her man.

This year is different

Louise has been living with dementia for 5 years, and in the last year her symptoms became much worse.  After a heart-wrenching few months of sleepless nights and incessant laundry, the family decided that having Louise move to a retirement home with a memory care unit was the best option.  James moved into an apartment 10 minutes’ drive from Louise’s retirement home and sees her most days of the week, often sharing meals.

In the past couple of months, Louise’s symptoms have included almost constant restlessness, often coming out of her room at night, half-dressed and ready to leave. When offered help with personal care, Louise frequently responds with verbal and physical resistance.  Medications help a bit but also seem to cause drowsiness and even more disorientation.  It looks like it’s time for Louise to move into a skilled nursing facility, or long-term care home, where she can have more help and supervision, simpler routines and activities that are engaging for those with more advanced dementia.

A bed offer from a home could come up at any time, and James has been warned that the transition could cause disruption and an increase in responsive behaviours.  But the Myrtle Beach trip is coming up in two weeks.  Should James go?

I often get asked similar questions in my practice as a Geriatrician, and although people don’t really expect me to make such a decision for them, they are looking for guidance in how to navigate these dilemmas.  In fact, James’s son called me to ask if it was okay for him to give his Dad permission to say no to the trip, as he felt that his Dad was leaning towards that but didn’t know if it was right to let his friends down.  I offered three reasons why it may be better for James to go on the holiday.

Reasons for James to take the holiday

This may not be the only transition for Louise.

Hard as the current situation is, there will almost certainly be more challenges ahead, such as further progression of the symptoms of dementia and end of life care issues.  Next year may not seem like a good time to go on a trip either; in fact, there may never seem like an appropriate time to go away for a few days.  Now might be as good a time as any to take a break.

The journey ahead could be long, and James needs all his resources to support Louise and the rest of the family.  Taking time to travel, play golf, and see friends may give James renewed energy to get through the months and years still to come.

Guilt about leaving for a few days may be better than the lingering resentment that James could feel if he doesn’t take the trip.

Feeling guilty is an unfortunate part of being a care partner and must be worked through so that care partners can balance their own needs with those of the person with dementia.  Taking time for himself will help James to do that in a healthy way.

James’s son was appreciative of the different perspective that I offered and James did end up taking the trip.  A bed offer from a long term care home came in on the last day of his holiday, and James’s son was able to consent to the transfer on his Dad’s behalf.  When James arrived home, he was able to participate in the transition, naturally saddened by the changes the family was facing, but feeling rested and reinvigorated after a break.

For more about why respite is essential for caregivers, watch the video by Dr. Didyk:

One of the most common pieces of advice that I give to care partners is to allow themselves to acknowledge the challenging nature of care partnering, and to find ways to maintain their own physical and emotional health.  It may be selfish of a care partner to continue pushing their limits, without considering how that will affect the person with dementia when they are too exhausted or angry to continue to provide compassionate support.  Taking a break gives people the energy to keep going for the long haul that is dementia care.

The Wrinkle Can Help

We can help when managing aspects of care seem too great.