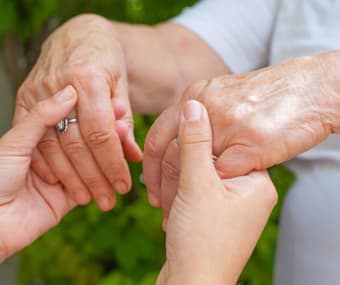 When we think of Parkinson’s disease (PD), we usually picture someone who is moving slowly, walking with a shuffle and having the shakes.  And the cardinal features of Parkinson’s include all of those:

But Parkinson’s can affect other aspects of day to day life that are very significant and often overlooked.


PD is associated with a REM (rapid-eye-movement) sleep behaviour disorder, and in fact this may be the first symptom of PD that a person experiences.  In REM Behaviour disorder, a person isn’t “paralyzed” during a dream and therefore may “act out” the dream, which could be very frightening or violent.  REM Behaviour disorder is treatable with medications such as melatonin and clonazepam but can be very disruptive to sleep and can cause major challenges for the sleeping partner.

Another way that PD can affect sleep is that it can cause extreme daytime sleepiness or fatigue.  Not only does PD itself cause tiredness but this can be exacerbated by nighttime sleep disorders, or the medications that are used to treat PD.


About 40% of people with PD also meet criteria for Mild Cognitive Impairment which is difficulty with thinking, memory, attention and other cognitive skills.  Many of these individuals will progress to develop Parkinson’s-related dementia, which affects function and can restrict independence.

Depression is also very common, affecting about 30% of those with PD, and can be compounded by the need to adjust to the motor features of PD.  Anxiety is another common fracture which can co-exist with depression or on its own.  Treatment can be complex, given that in older adults, antidepressants can also increase the risk for falls or low blood pressure.


The Autonomic nervous system controls many of the automatic mechanisms of the body, such as heart rate, blood pressure, urination and sexual function.  Disruption of this system in PD can cause drooling, urinary urgency or incontinence, erectile dysfunction, constipation and blood pressure drop upon standing (aka postural hypotension).  Early detection and treatment of these symptoms can reduce the risk of falls and improve quality of life for those with PD.

Being aware of the non-movement related features of Parkinson’s is important, because it can promote a discussion about ways to reduce their impact on a person’s life.  Many of the recommendations for the treatment of PD can help with these symptoms, including regular exercise, good nutrition and maintaining good sleep hygiene habits.